QL 4 was a highway in South Vietnam. In 1969, anyone going south from Saigon into the Mekong Delta would follow this national route, traversing an expanse of green rice paddies, passing through busy towns and quiet villages, and crossing wide fingers of the Mekong River by ferry. Squat red-and-white concrete posts marked the highway as “QL 4.” These concrete markers—old and battered and faded—mimicked those on the country roads of France.

As a new U.S. Army MP following in the footsteps of the French soldiers in the Mekong Delta, PFC Bell needs only a few hours on QL 4 to discover that more than a war is going on there—and in the old French villa where he and his fellow MPs live and work. It’s old-fashioned crime, and he doesn’t want to get involved, just serve out his time and go home. But life on QL 4 doesn’t work that way. QL 4 leads deep into a swamp of deception, corruption, and death. 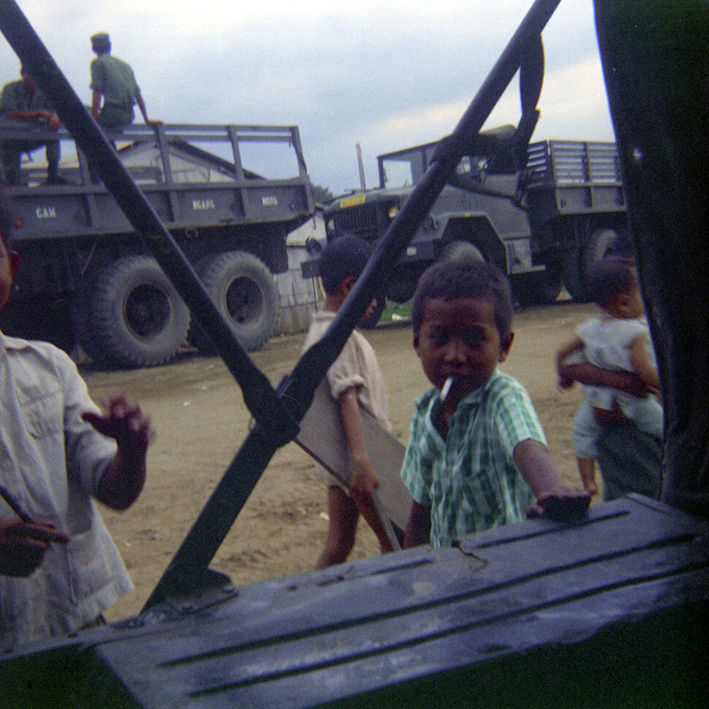 Much of the material for QL 4 comes from Jim Garrison’s experiences with the U.S. Army Military Police in the Mekong Delta in 1969–70. After growing up in a small town, in a blue-collar family, Garrison was drafted during his first year in law school. The violence, corruption, and poverty he saw in Vietnam, along with the daily challenges of being a military cop in a war zone, left a lasting impression that reached well beyond his years of practicing law. Over those years he wrote reams of legal briefs and other legal folderol before his son, who was working on a video project for art school, asked him, “What did you do in the war, Dad?”